According to the American Psychological Association, 40 to 50 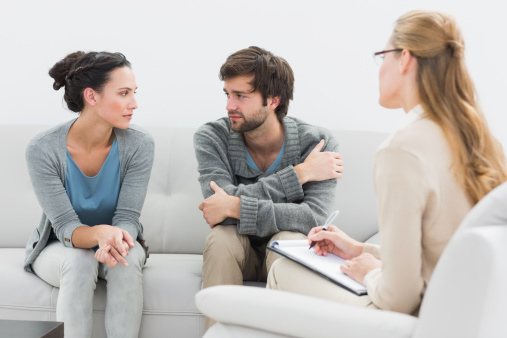 percent of marriages in the United States end in divorce.

That rate only increases with second and third marriages. Divorce in American culture has become an epidemic, with nearly half of marriages ending in one. These statistics have left many marriage and family experts wondering what can be done to assist the problem. Is there a solution to lower divorce rates, or has divorce become a permanent societal norm? Marriage and family therapy may offer a solution.

Divorce wasn’t always the norm among American families. The government began recording divorce rates in the 1960s. The U.S. Census commonly measures divorce by what percentage of married
women divorce in a given year. In 1960, 9.2 percent of married women had gotten a divorce. During the following decade, divorce laws
relaxed, and the floodgates opened.

The sexual revolution and a boost in feminism consciousness drove up the divorce rate. Laws against women pursuing divorces were overturned. Husbands and wives became much more likely to leave marriages that they found unsatisfying or abusive. By 1980, the divorce rate had doubled and reached 22.6 percent of married women. This resulted in about 50 percent of couples who were married in the 1970s getting a divorce.

Since 1980, the story has complicated. Divorce rates have continued to rise among couples who have lower incomes and lower levels of education. Meanwhile, the wealthy have begun to stabilize and normalize marriage habits. In 2007, the U.S. Census found that 17.5 percent of married women were divorced.

A Divide in Modern Divorce

Like salary, employment, and other common measures of American life, a gap along educational and class lines exists within divorce rates. Since 1980, college graduates have seen divorce rates plummet nearly 30 percent, but those who do not have college degrees have experienced an increase of about 6 percent. Add in the statistics about who earns a college degree and the divorce rate no longer looks like a failure of the institution but rather a failure of society.

This divide shows that the conservative views of divorce that the working class once had have become a mainstay for middle- and upper-class citizens. Marriage has become a less necessary and attractive idea to poor Americans. Before the sexual revolution of the 1960s, marriage was considered the only avenue for childbearing and an intimate relationship. In today’s culture, that is no longer the case. People can have sex and have children without the constraint of marriage. This makes having a “soul mate” a major (and largely unique) benefit of marriage. Marriage has since become much more common among more highly educated couples who have more social, emotional and financial resources to use in a strong soul-mate marriage.

The question quickly becomes how Americans can close the gap in the widening divorce rates. Some states are using marriage and family therapy as an option for those struggling to maintain marriages. In 2003, the Supporting Healthy Marriage project began funding programs that provide marriage education to low-income married adults. The goal of these programs is to increase marriage stability among the lower classes.

As the government begins to address the issues within lower-income marriages, the demand for marriage and family therapists will increase. According to the U.S. Department of Labor, the career outlook for family therapists is much higher than the national average. The projected growth for the career over the next 10 years is 22 percent or higher, a staggering increase. Publications such as U.S. News and World Report have listed the role as one of the best 100 jobs to have right now.

Touro University Worldwide (TUW) created our marriage and family therapy program with this projected growth in mind. We know that our graduates will be entering a field where they are needed desperately. We provide them with the skills they need to succeed and the tools necessary to help families in need. Upon graduation, they will have the qualifications needed to locate a job in the field and excel within it.