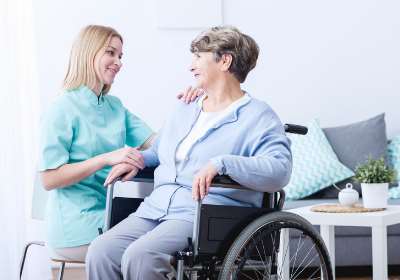 Few industries offer the job opportunities that can be found in the U.S. healthcare system. And within that system, no area is growing faster than those medical operations that provide services to the elderly.

The reason is simple. The U.S. population is growing rapidly. These aging Americans also are staying active and living longer than any previous generation. This combination has led to an explosion of jobs in elder care.

Among the growing career field is administrator at long-term care facilities. A Bachelor of Science in Health Sciences Long-Term Care Administration concentration prepares graduates to take on leadership positions in this important field.

Many may not be aware of just how significant an impact the aging population will have. Here are some facts about the aging U.S. population, based on numbers from the U.S. Census Bureau.

Clearly, both the need for services for the elderly and the customer base for such services is only going to grow in the coming years.

The U.S. Bureau of Labor Statistics (BLS) projects a 20 percent growth for all healthcare management and administrative positions. The agency notes that the aging population will play a key role in this rapid job growth.

So what type of skills are needed for success in long-term care administration? The four-year, online degree program from Touro University Worldwide provides a good example. The program offers expertise in:

Working as a long-term health facility administrator opens up many different possibilities to work in jobs that have a significant impact on the lives of others. The career field is not only a growing one, but one that offers those with expertise in the field a rich experience working in a healthcare setting that has such a direct impact on every facet of a patient’s life.

Facing the challenges of the profession requires education and expertise. For those interested in entering the field, earning a Bachelor of Science degree in long-term care administration can be the first step on a challenging but rewarding career path.