Recently, Drs. Yoram and Edith Neumann shared how they built Touro University International (TUI) into a successful online institution. In the following sections, you can read highlights of their story.

Today, Touro University Worldwide (TUW) offers students the ability to earn online degrees at all levels, from associate to doctoral. But it took hard work and dedication to create a college that catered to the needs of online students, lessons that were learned when they established TUI.

In 1998, Drs. Yoram and Edith Neumann founded Touro University International (TUI), the precursor to Touro University Worldwide (TUW). A part of the Touro College and University System from 1998 to 2007, TUI was sold to Summit Partners and was later named Trident University International. TUI’s model was a major success for the Touro system, generating more than $270 million in net earnings during its nine years of operation. The Neumann’s were able to take those lessons and apply them to TUW.

The Neumann’s developed a holistic learning model, the “Robust Learning Model,” to utilize technology to integrate student assignments and faculty feedback into one system and include all academic and non-academic functions of the university.

This idea was pioneering in the field of online education. Critics who were entrenched in existing traditional models of learning at traditional universities at the time claimed this model could not possibly work. But in March of 1998, Yoram Neumann received a call from the president and founder of Touro College in New York, who wanted the Neumanns to establish a new distance education division by Touro.

The Neumanns suggested establishing TUI in Southern California, offering a series of bachelor’s, master’s and Ph.D. programs across different fields. After presenting to the president, CFO and selected members of the board, the Neumanns secured an investment of $3.5 million to make their educational theoretical model a reality.

TUI opened various schools in four-year sequences, starting with the school of business administration in 1999 and concluding with the school of education in 2002. Classes were offered four sessions a year, and each course was four credits and included a session-long project to go with case studies and weekly discussions for participation. Part-time faculty members taught classes and mentored Ph.D. students, while full-time faculty members performed committee work and course development.

A focus of the school was the military market. TUI offered a discount program for active duty service members, military reserve members, and their families.

In addition to these highlights, the TUI business model relied on three important focal points:

With other goals in view for Touro College, the board began considering the sale of TUI in 2006. Due to an attractive financial climate for acquisitions and the promising financial and enrollment indicators for TUI, it was an optimal time to sell the school. In nine years, TUI earned $270 million in net earnings, and grew from virtually no students to 7,391 in 2007. In October of 2007, TUI was sold for $190 million.

The Neumanns’ academic and executive background was crucial to success. It played a major role in developing the vision, the operational framework and the overall execution. They were able to make the right choices in faculty selection, training and development to align properly with the learning model and to ensure quality. And by keeping the TUI central administration lean, the school was able to work much more effectively and efficiently. 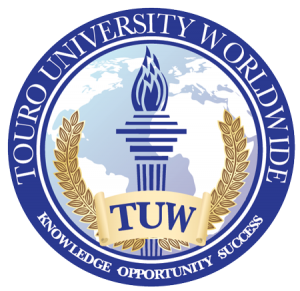 Another lesson learned was innovation. In spite of the critics who did not believe that such a model was possible, the Neumanns were able to follow through on their vision, which was aligned with the head of Touro College. Throughout the years, the Neumanns continued innovating with technology, course offerings and much more that helped with success.

But once TUI was sold, the Neumanns did not stop in their quest for a flexible, affordable online institution designed to help students succeed. With TUW, the Neumanns were able to take the lessons learned from TUI and apply them to build a high quality and affordable TUW. For more on the success of TUI, you can read the full story from Yoram and Edith Neumann. To learn more about the degree programs offered at TUW, click here.