The United States Census estimates that 57.7 million Americans suffer from a diagnosable mental disorder, and The National Institute of Mental Health estimates that 40 percent of individuals suffering go untreated annually. Much of the reason why millions go untreated is because of the stigmas associated with mental health disorders and their treatment. For many, having a disorder or getting help is seen as a sign of weakness. As more people have opened up about their struggles with mental health, the stigma is slowly disappearing, but there is still much work left to be done.

A History of Mental Health Stigma

Humanity has long had a complicated relationship with mental illness; the history of how those with mental illness have been viewed, and treated, can be shocking. Individuals with mental health problems have always struggled to receive the proper care and attention they need.

Stigma Through the Ages 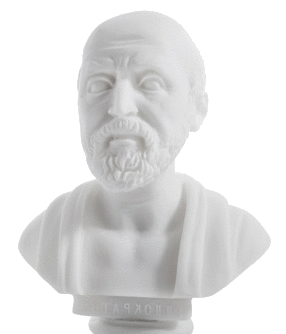 Ancient cultures viewed mental illnesses as a form of religious punishments or possession by demons. In the fifth century B.C., Hippocrates became a pioneer helping to treat mentally ill people with techniques not based on religion or superstition. Instead, he recommended environmental changes, such as changing occupations, to help patients feel better.

In the Middle Ages, the mentally ill were also believed to be possessed or in need of religious guidance. That guidance frequently involved torture and isolation of those suffering. For centuries these negative attitudes existed. Degrading and unhygienic confinement and punishment was used up until the first mental health hospitals were built during the early 18th century.

In the 1840s, activist Dorothea Dix began the first significant movement to improve conditions for the mentally ill. Over a period of 40 years, Dix convinced the U.S. government to fund the building of 32 state psychiatric hospitals. Although the purpose was to give mentally ill Americans a safe place to go, the hospitals eventually became places for those ostracized from society to be out of sight of the general public. Institutionalization became a common trend for families and communities unable or unwilling to care for mentally ill relatives.

Eventually, government-run hospitals became underfunded and ripe for abusing patients. Reports of poor living conditions and the violation of human rights started to surface. In 1972, a young reporter named Geraldo Rivera conducted a series of investigations into the living conditions at a New York mental institution, showcasing the deplorable conditions and treatment of residents. Rivera’s report began to turn the tide against institutionalization, and in 1980 President Ronald Reagan signed the Civil Rights of Institutionalized Persons Act to protect mentally ill patients across America. “Asylum-based” mental health care began to be replaced by a kinder and gentler community-oriented approach that is incredibly common today.

Disorders With Significant Histories of Stigma

The attitudes toward mental health defined the treatment of these diseases as well. Problems that are now considered common and very treatable were met with institutionalization and harsh punishment, including lobotomies and electroshock therapy being rampant as recently as the 20th century.

Commonly referred to in history as “melancholia,” depression has appeared in accounts as far back as ancient Mesopotamia. As with other mental illness, it was mostly attributed to demonic possession and attended to by priests. The Romans and Greeks had the same attitude toward the causes of depression, but began treating the affliction with early forms of behavior therapy. However, throughout the Middle Ages and Renaissance, witch-hunts and executions were not uncommon for those suffering from depression.

In 1621, Robert Burton published The Anatomy of Melancholy, which described groundbreaking ideas about the psychological and social causes of depression. He recommended improvements in diet, exercise, travel, herbal remedies and even music therapy as treatment. Despite the growing awareness of the causes and treatments for depression, most cases were still met with hostility and aggression for centuries. German psychiatrist Emil Kraepelin was the first to distinguish depression from schizophrenia in 1895. This development was accompanied by the creation of psychodynamic theory and psychoanalysis, refined and made popular by Sigmund Freud. This approach helped set in motion many of the modern treatments of depression in America and worldwide.

Since ancient times, bipolar disorder has been lumped in with depression as a similar mental health issue. To accompany melancholia, “mania” was a term used to describe what today is called manic behavior. To treat mania, the Greeks used lithium salts in baths, and lithium remains a common treatment for bipolar disorder. It was also common to execute those displaying signs of bipolar disorders because they were considered possessed by demons.

The confusion associated with bipolar disorder continued for centuries until Emil Kraeplin developed the classification of mental disorders that remains the basis used by professionals today. The term “bipolar” was not developed until 1980, when the American Psychiatric Association placed it into their diagnostic manual.

The medical condition called “hysteria” was a misdiagnosed mental illness that was considered particular to women and was commonly believed to be caused by disturbances of the uterus. This diagnosis is no longer used but was routine for hundreds of years in Europe and the United States, and was an official diagnosis until the 1950s. Women were diagnosed with hysteria for a long list of symptoms including:

There were a variety of treatments for hysteria that ranged from the moderate to the extreme. Some women were forced to enter insane asylums or undergo surgical hysterectomies. In the 20th century, vibrators became a popular treatment for the affliction. By 1950, the diagnosis became less common as mental illnesses became more well-defined.

Although mental health stigmas are significantly less strong than they were as recently as the mid-20th century, stigmas do still exist. These cultural attitudes can prevent those suffering from pursuing the help they need. Mental health stigma can be divided into two distinctions: social stigma and perceived stigma, or self-stigma.

This stigma includes the attitudes and discriminating behavior that is directed towards individuals from others. This can include prejudicial behavior, mistreatment and even violent actions. The trend of institutionalization, the keeping of mentally ill away from the public, is a result of social stigma.

When stigma comes from internal feelings by the individual, it is considered perceived or self-stigma. Although both forms of stigma involve similar feelings, they may in reality be different. Someone with significant perceived stigma may actually not be subjected to social stigmas, despite their internal feelings. Perceived stigmas can prevent people from seeking help or admitting they have a problem.

The Movement to End Stigmas

Behind all improvement and eradication of mental health stigmas have been strong leaders and movements advocating for change. The only thing that can help end stigmas is people, and the movement to talk openly and freely about mental health problems has been successful. Here are some of the forces working now to end mental health stigmas.

The motto of the initiative is “Let’s talk about it,” with the goal of ending mental health stigmas just by talking. The site gives tools to help the public understand mental health and dispel common misconception that lead to stigma. 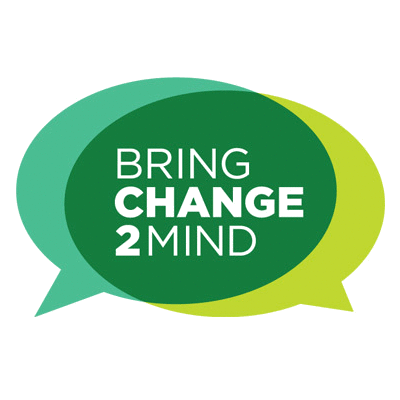 This growing campaign is aimed at removing misconceptions about mental illness and stopping stigmas. It was founded by actress Glenn Close, who has championed the cause of stopping mental health stigmas. The campaign has produced and released several public service announcements on the subject of stigmas, including some aimed at just men. BC2M has significant support from celebrities including:

According to the NIMH, suicide takes the lives of nearly 40,000 Americans annually. Many who take their own lives are suffering from mental illness, and in recent years campaigns to help prevent suicide have grown in strength. Today there are countless resources available to those contemplating suicide or dealing with someone who may be suicidal. The government offers a national suicide prevention hotline, as well as plenty of information for help. Social media has also helped, with networks like Facebook providing tools that friends can use to support suicidal users. With these tools, the hope is that those suffering will be more inclined to seek out help.

Ending mental health stigmas will take the help of every single American. All it takes is simple effort, conversation and extending a helping hand when need be. Here are some tips for living stigma free around friends and family:

+  Don’t Be Afraid To Talk: If you notice someone you know acting strangely, try talking to them. Ask if they are okay. Although nothing may come of it, it shows that you’re there to help if needed.

+  Be Supportive: If someone tells you they may be struggling, don’t dismiss it. Take all concerns seriously. Dismissing can lead to negative feelings and those who need help the most going untreated.

+  Encourage Treatment: Those suffering often try to avoid seeking help because of stigma, whether social or perceived. It’s imperative that you encourage treatment no matter what. Going without the proper mental health stigma can be extremely harmful.

+  Speak Positively: Even if you think you do not know anyone struggling with mental illness that does not mean you should dismiss it. When the topic is discussed, always show support and willingness to help. It could encourage someone to reach out in the future. 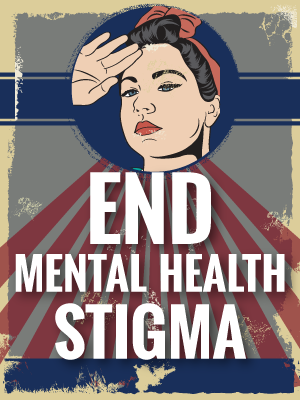 There is no doubt that America has come a long way from the horrific treatments the mentally ill experienced in the past. However, the fight is not finished. More professionals are needed to treat the mentally ill effectively, and everyday people have to be more proactive and positive about erasing mental health stigmas. But there is light at the end of the tunnel, and hopefully one day in the future mental health stigma will only be something for the history books.

For those who want to assist people suffering from mental health issues, earning a psychology degree can help. Whether it’s a bachelor’s, master’s or doctoral degree, such as those offered online at Touro University Worldwide, understanding the modern treatments available, and the principles of psychological health, can change the lives of others.