Master of Arts in Psychology for Media Psychology: What It Is and Careers In The Field 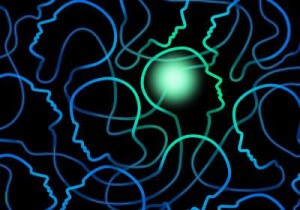 Many areas of psychology present fascinating challenges, perhaps none more so than media psychology.

This branch of psychology focuses on how society interacts with media. That includes television, film, social media and other aspects of the Internet.

Given that the average United States resident spends more than eight hours a day interacting with some type of media, this area of psychology is vital. Those who go into this career examine how media influences a person’s perception of the world, as well as impacts their behavior.

What a Media Psychologist Does

One need only read the headlines to see why this is a growing field. In politics, different television and Internet outlets offer different “spins” on the day’s news that influence opinions. Studies have researched for years how watching television can impact behavior, especially with younger people. Video games, particularly those with violent themes, have also been studied.

Marketing also is a big area for media psychology. Businesses use psychology to determine the best methods for creating positive feelings among consumers, gaining their trust and favor.

With people spending more than half their day interacting with media, it’s become increasingly important to understand how it impacts individuals.

Earning a degree in media psychology can open the door to a vast number of fields. They include jobs in marketing, education, the criminal justice system, media and healthcare.

Some of the career options include the following.

In this area, a psychologist focuses on conducting detailed research on the effects of media on viewers. This can range from how social media is changing communication to how television influences elementary age children.

Psychologists in this area can be social, cognitive or developmental psychologists. They research both the positive and negative effects of media, often developing recommendations for policy-makers in government and healthcare.

Going into this profession requires a master’s degree.

Media psychologists in education study the effects of media on children. However, they also use this information to help develop curriculum that incorporates learning through media. This can affect both administrative policies and teaching methods within a school system.

Having a master’s degree can open the door to the top jobs in this growing field.

Marketing relies heavily on research from psychologists on what works and doesn’t work in terms of reaching and making a favorable impression on consumers. Many marketing campaigns now are built on a foundation of psychological research.

Marketing agencies work so diligently in this area that when there is an embarrassing failure, it actually becomes big news.

Media psychologists play a role in this. They will research the effects of different marketing techniques. This can include social media marketing, email campaigns, product placements in movies and television shows, “legacy media” advertisements such as radio or billboards, and advertisements placed on search engines such as Google.

Becoming a marketing research analyst requires at least a bachelor’s degree, typically in marketing, and a master’s degree in psychology with an emphasis on media psychology.

The Bureau of Labor Statistics (BLS), the leading source of information on careers in the United States, projects a 23 percent increase in market research analyst jobs between 2016 and 2026. Median pay in the profession reached $62,560 per year in May 2016, the latest figures available.

And while the BLS does not break out research psychologist or educational psychologists as separate careers, they anticipate a 14 percent increase in psychologist jobs overall. Median annual pay reached $75,230 in May 2016.

Clearly, media psychology offers a growing, challenging career path for those with an interest in both psychology and how time spent with media affects individuals.