The Importance of Social Work Today 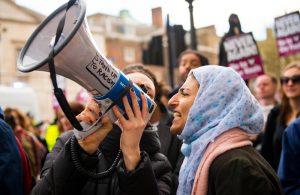 For those who wish to enter an online bachelor’s degree in social work program, it may feel like a calling. If so, that would not be unusual. Social workers commit their careers to helping others. For them, no career offers the benefits and job satisfaction found in social work.

Today’s social workers go beyond helping people with the basic needs of life and into actively addressing the underlying issues that prevent social change and cohesion.

In trying to understand the importance of social work, it’s important to know the situation they face. While the United States has created the most successful economy in history, millions are still left behind and this is where social work is beneficial.

The Extent of the Issue

In trying to grasp the importance of social work today, poverty statistics are a sobering place to start. Every year, the federal government estimates the number of people living below the federal poverty rate, which was $13,064 for individuals and $25,701 for a family of four in 2018.

Slightly more than 38 million people – 11.8% of the population – lived in poverty in 2018, according to the U.S. Census Bureau. Of those, 10.3 million are employed. They simply are not paid enough to make ends meet. Of the 38 million in poverty, four million also have a disability.

Poverty is not isolated to inner big cities or rural areas. It is everywhere, as Poverty USA shows on this interactive map. Blue states, red states, big cities, small towns – all have people struggling day-to-day to survive.

It Starts with Individuals, Families

The big numbers can seem overwhelming. For the 700,000-plus social workers in the United States, it starts by helping one person at a time.

Social workers focus on supporting individuals and families who need help connecting with the right social services agencies, healthcare providers (such as community health clinics) and food stamp programs. They often work with neglected or abused children or prisoners transitioning back to society.

Whoever they work with, social workers attempt to provide a solid foundation upon which people can build better lives.

Few jobs offer the chance that social work does to have a direct impact on an individual, family or community. But the work also resonates at the national and even international level.

Much of what social workers do is entwined with social justice for disadvantaged communities. In some cases, social workers around the world have taken direct action, such as with the protests calling for human rights in Lebanon.

In its definition of social work, the International Federation of Social Workers notes that social work promotes social change and “the empowerment and liberation of people. Principles of social justice, human rights, collective responsibility and respect for diversity are central to social work.”

In many cases, social workers are the only ones doing the work that help people who are vulnerable. As pointed out by the National Association of Social Workers, you can find social workers doing tasks such as:

Considering that this work is happening every day in small towns, suburbs and big cities across the country it becomes clear how the impact of social work on one individual can lead to a significant impact on society. And with an increasing role in pushing social justice and human rights into the forefront of debate, social workers around the world are taking the next step toward truly addressing the problems of those that the economy has left behind.