The Science Behind Super Brains

Albert Einstein, Stephen Hawking and nearly every famous thinker in history have been commended for their tremendous intellect and ability to see the world in unique ways. Great minds like Einstein and Hawking have had a major impact on society. But what exactly made their brains so “super”? Are people born with these talents or are they developed? Do we measure these gifts using IQ tests or is that too arbitrary? Science can explain what lies behind each great mind.

The development of a great mind begins in childhood, when children are often labeled as “gifted.” The National Association for Gifted Children identifies them as individuals “who demonstrate outstanding levels of aptitude (defined as an exceptional ability to reason and learn) or competence (documented performance or achievement in the top 10 percent or rarer) in one or more domains.” A domain is considered any activity or set of skills — from math to sports.

Scientists have struggled for a long time with identifying giftedness, how it’s developed and what to do with those who are gifted. These debates rage on to this day and have evolved as our understanding of the human mind has grown and changed. 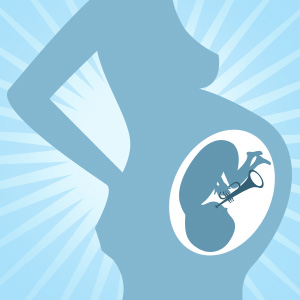 Talents are likely both innate and learned, according to the Association for Supervision and Curriculum Development, which studied children’s ability to demonstrate musical talent. The study found that children who are identified as musically gifted show early signs of musical precocity like remembering melodies, singing in tune and humming. Early intervention is not required for development of talent, because some child prodigies have showcased talent via self-motivation.

Whether a talent is innate or learned, that potential still has to be converted to achievement. A great sports star does not develop his or her talents via osmosis — it takes development. The emerging goal of gifted education is to help students complete this process. Each student has a range of what they can achieve, and the early development of great minds relies on creating environments where they can grow.

The Problem With Quantifying Giftedness

For decades, intelligence quotient (IQ) tests have been the most widely accepted standard for assessing intelligence. An IQ score is derived from standardized tests that use various types of questions to measure intelligence. These tests are commonly used to identify gifted children and were even used for the military draft in World War I. However, this might not be the best method for identifying intelligence.

IQ tests measure short-term memory, reasoning and verbal agility. Although these brain circuits interact with each other, they have their own distinct nerve centers. A British study published in 2012 went a long way toward discrediting the test, because it does not properly account for the complex nature of human intelligence. The study published in the scientific journal Neuron found that the IQ test only measures one of the three circuits that handle intelligence. One single measure of intelligence is simply unable to determine the differences in cognitive ability.

These tests are often used to grant entry into gifted education programs, so if IQ tests are only suited to one particular type of intelligence, some deserving students could miss out on these opportunities. Failing to get into a gifted program is not the be all and end all for students, but it does reduce opportunities for students to develop talents into achievements.

Some gifts are more visible than others, as some talents simply exceed all expectations. These talents may be related to a condition that allows for improved mental capacity. Whether it’s improved memory or a unique aptitude for music, there are some conditions that can lead to unique and special brain function beyond what the average mind can do. These capabilities lead to what we call super brains.

The National Institutes of Health defines savant syndrome as an extraordinarily rare condition occurring among those with mental disabilities who have a remarkable genius that contrasts with their overall handicap. This typically includes massive memory, but savant skills have ranged from art to mathematics. Although considered a syndrome, savants do not have a recognized mental disorder.

There is a significant pattern among autism spectrum disorders and savants, as the NIH believes as many as one in 10 people with the disorder can display these remarkable abilities. This link is also likely related to the lack of females with savant syndrome. Male savants outnumber female savants 6 to 1, slightly higher than the autism disparity of 4.3 to 1.

The most famous savant in history is likely the fictional character of Raymond Babbitt, portrayed by Dustin Hoffman in the film Rain Man. The character was based on a man who has memorized more than 6,000 books and has incredible knowledge of geography, literature and several other subjects. His memory also spreads to U.S. area codes and zip codes, as well as other calendar-calculating abilities. This case is not uncommon when studying savants.

The term genius has always been applied loosely. It can be a term of endearment used by friends and family. It is important to note that there is no scientifically precise definition of genius. The erosion of the term has led to the notion that the word does not have a real meaning. But some psychologists have settled on an emphasis of creativity and eminent achievement when describing genius.

In 1896, Francis Galton became a pioneer in investigating genius with his book Hereditary Genius, which proposed that hereditary influences on achievement are strong but rare among the common population. Shortly after Galton’s time, the predecessors of IQ tests were developed and eventually the term genius was tied to high IQ scores. A landmark study linked IQ and genius, showing that several Nobel Prize winners had high IQ scores.

There are some actual physiological differences between genius brains and normal brains. Typically the brain has an equal split between long and short cortex connections. However, geniuses typically have more of one or the other. Long connections correspond with mathematic prowess, and short ones pertain to artistic and musical ability. Geniuses also have more gray matter in the brain and spinal cord, making communication throughout the body happen more quickly and efficiently.

Somewhat similar to geniuses, child prodigies are defined as young people who produce meaningful achievement in a field at the level of an adult expert. This can occur in a variety of fields like math, art and chess. But it’s most famously noted in music. Wolfgang Amadeus Mozart was a prodigy, being discovered at the age of 5. Prodigies often pursue long and successful careers at the top of their field.

Child prodigies do not exactly match the characteristics of geniuses. A study published in 2014 showed that high IQ is not necessary to be a prodigy. The study also showed prodigies have uneven cognitive profiles, with some excelling in visual spatial tests and some performing well below average. All of the prodigies tested exhibit enormous working memory skills, allowing them to hold information in memory to manipulate and process other information.

Although all of the conditions above deal with intelligence, some super brains have abilities beyond that. Whether it’s unique “photographic” memory or the ability to feel color, there are fascinating brain abilities that don’t have to do with IQ scores. 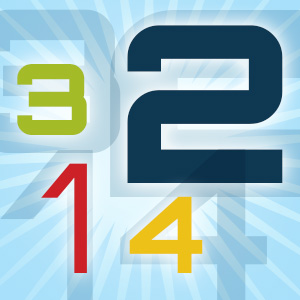 Imagine if you could feel colors, smell them or even taste them. Synesthesia is a rare neurological condition that occurs when the brain entwines senses. This most commonly causes numbers and letters to be associated with colors, although there are many different phenomena that have been reported in association with the condition.

There are successful and accomplished people who have synesthesia in several fields. Many of these famous synesthetes are artists, writers or musicians. There is no significant evidence to support it, but there appears to be a link between artistic ability and the condition.

Commonly referred to as “photographic memory,” eidetic memory is the ability to recall images in great detail after only a few minutes of exposure. It is completely unconnected to a person’s intelligence level and revealed in early childhood. But it is not found in adults, leading some to question whether it is a true condition at all.

Not to be confused with eidetic memory, hyperthymesia is a condition where individuals gain superior autobiographical memory. People with hyperthymesia can remember the events of any given calendar date with incredible detail and accuracy. Just 25 cases of the condition have been found worldwide, with the first in 2006.

A study of the first case — a school administrator named Jill Price — found that the hyperthymesic brain is similar to that of someone with obsessive-compulsive disorder, according to Wired magazine. There was also some evidence that it can have a detrimental effect on cognitive capacity. Price has complained that her recollections are “nonstop and tiring.” She was an average student, often unable to apply her memory to her studies. Similar patterns have occurred with others.

Price’s brain scan showed that she had an enlarged temporal lobe. The hippocampus and temporal cortex are both in that part of the brain and likely contribute to her incredible memory. This evidence supports the belief that her brain is similar to that of someone with OCD.

The Future Study of Super Brains

The wonders of the brain will always fascinate us, especially how it can provide unique abilities to individuals in unique ways. By better understanding these super brains, we can gain a deeper understanding of the normal human brain and how it works. With a deeper understanding of psychology, you can continue the investigation of scientists across the globe into intelligence. There is no doubt that psychology experts around the world will continue to investigate these phenomena for years to come. The psychology degrees at Touro University Worldwide will provide you with the skills and knowledge to join this academic community.