Media Psychology in the Era of Fake News 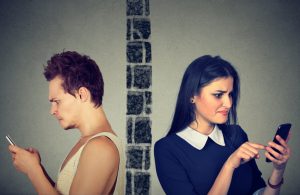 In the past few years, the term “fake news” has gone from describing obviously fabricated articles on the Internet to an insult hurled at established media organizations. In one of many examples, the current president of the United States refers to cable news outlet CNN as “fake news.”

In the current environment, public figures often differ on even the basic facts about events, with climate change perhaps being the best-known example.

As any media psychologist could tell you, fake news is dangerous. It establishes incorrect information in the mind of many people. It’s also extremely hard to correct. Once people have a set version of facts in their mind, it’s hard to change their mind.

For those studying to earn a Master of Arts in Psychology with a focus on media psychology , it’s an issue they will certainly come across in their careers. It might be the most important issue they come across.

People are confused about facts. If a fake news story carries even a kernel of already accepted information – whether that original information was true or not – people are more likely to accept it as truth and share it with others. In other words, fake news builds up, one false piece of information at a time. As for sharing, a Pew Research Study found 23% of people admitted to sharing fake news – sometimes intentionally.

People are susceptible to deception.  Depending on a person’s level of cognitive ability, they can be highly susceptible to misinformation – even when they suspect it might not be true.

Deliberate deception. Knowing the above, some operatives – particularly in politics – will fashion fake news to sway voters. For example, the most popular fake news story before the 2016 election was that Pope Francis had endorsed Donald Trump for president. He didn’t.

Repetition. If people hear or read something enough, they may come to believe it. One example is of the New York Times, which has been called “failing” by politicians even though its subscription revenue passed $1 billion in 2017.

The Role of Psychologists

Media psychologists can play a key role in this area. With an in-depth understanding of the above issues and how the human mind typically works, they can help media outlets become even more credible in the eyes of consumers.

They can also work with individuals. They understand how to teach people to become more reflective and critical in their thinking. For example, people should question facts and always consider the source. This is especially true on social media, where fake news has led to issues such as people believing a presidential candidate and former Secretary of State ran a child slavery ring from a pizza parlor .

Developing education to help people understand how to determine whether something is “fake” or not is part of a media psychologist’s mission, depending on where they work.

When you have developed expertise in understanding how the mind often works in various settings, you are an extremely attractive candidate for jobs in media. That’s especially true for graduates from an MA in Psychology program who know not only the latest theories but also how to apply them in various settings.

In media, those setting can range from broadcast television to radio, movie studios, streaming services, marketing agencies, and advertising companies.

Media psychologists hold an increasingly critical position, given the current state of information (and misinformation) in the world. Those who earn a master’s degree that focuses on this fascinating field position themselves for a rewarding and interesting career.

Tagged under: Master of Arts in Psychology, Media Psychology