by / Monday, 16 April 2018 / Published in Business Administration and Management 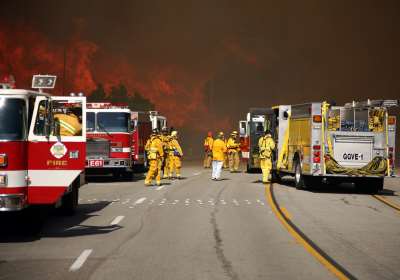 With population numbers increasing as well as the number of populated areas affected by natural disasters, the field of emergency disaster management is more critical than ever.

Of course, the job extends beyond dealing with natural disasters. There are many other types of emergencies, from terrorist attacks to riots. In many cases, good emergency disaster management can mean the difference between life and death.

Preparation is a key part of an emergency disaster management job. Those in the profession assess risks, manage first and second emergency responders and develop and implement emergency preparedness and response plans.

Earning a Bachelor of Science in Business Administration and Management (BSBA) with a Homeland Security Emergency Disaster Management concentration opens the door to taking on leadership positions in the field.

Those who work in emergency disaster management plan for and lead the response to emergency situations. They develop plans that use the best practices for both planning and response, considering the details of the area where the emergency is happening.

Those in manager or director roles also must assess the amount of staff, equipment and supplies needed to properly prepare emergency disaster response teams. For those at the local level, this requires coordinating efforts with the local police, fire and public works departments.

They also oversee the training for emergency responders, including practice exercises. They may also meet with leaders in local government, schools and hospitals. Meetings with these organizations helps teams coordinate emergency response plans and make any changes they find necessary.

The job can vary depending on the employer and include the following:

The Federal Emergency Management Agency and the Department of Homeland Security are two of the biggest agencies that deal with disaster management. The former deals primarily with planning and responding to natural disasters, while the latter does the same for terrorism.

Local governments are the leading employers of emergency disaster management professionals. These include police, fire and public works departments. Larger cities and counties will have emergency disaster response teams. Those who manage such teams develop plans specifically for the city or county. They set up command centers to coordinate efforts during a disaster.

Emergency disaster officials also work at the state level. During disasters such as a hurricane, they work with local officials to coordinate support and maximize the use of resources.

Those who specialize in emergency disaster management may also work for large, private companies, hospitals or universities. In this role, they prepare response plans for the specific institution that minimize the impact of disasters on ongoing business operations. They may go by the title of business continuity manager in this job.

Disasters will happen. With more people living in areas frequently affected by natural disasters, such as the coastal areas, qualified emergency disaster managers are needed now more than ever. For those with the ability to make decisions under high pressure situations and detailed-oriented enough to make sound disaster response plans, it’s a career worthy of consideration.