by / Wednesday, 13 January 2016 / Published in Business Administration and Management 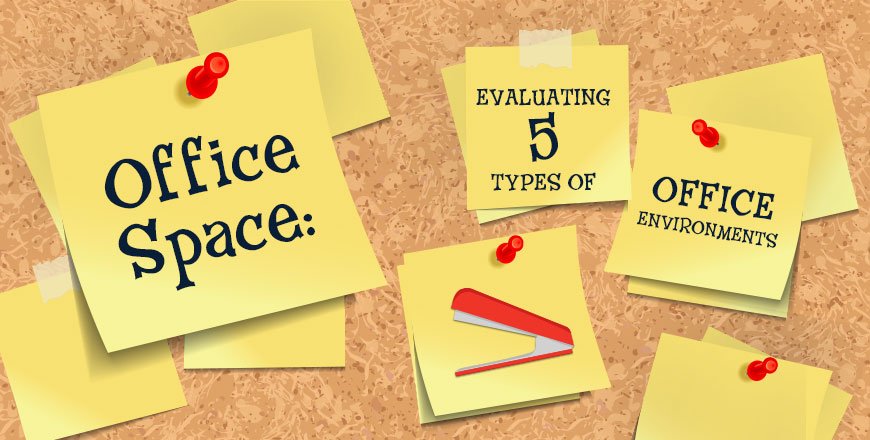 Your workspace is important to your overall satisfaction with your job and productivity. You can accomplish tasks more quickly and efficiently in a workspace where you’re able to focus. If privacy is an issue in your office environment, you’re more likely to struggle with completing work. Even though companies like Google and Facebook champion open office spaces, they have their drawbacks. What are some of the keys to maintaining a productive work environment?

Most companies approach workplaces the way they do employee salary and benefits. They weigh the quality of the work environment against cost. Management typically assumes that every employee wants the most space and best views possible. But focusing on just those two criteria ignores the numerous effects office environments can have on employees.

A study cited in U.S. News & World Report had 600 software developers in 92 different companies complete the same series of coding and testing tasks. Each developer had to keep a log of the amount of time it took to complete the tasks. The study found that the programmers in the top quartile were 2.1 times more productive than the average programmer and outperformed the worst programmers by a ratio of 10 to 1.

There is evidence to show that a lack of privacy can have an effect on employees as well. A study published in the Journal of Environmental Psychology found that noise and privacy loss are among the main sources of workspace dissatisfaction. Furthermore, enclosed private offices outperformed open-plan office layouts in acoustics, privacy and proximity issues.

Open-plan offices can increase the spread of germs. A study of more than 2,400 employees found that those working in open offices take 62 percent more sick days than those in individual offices. This hurts productivity even further and can cost the company significant money.

With companies utilizing many different kinds of office environments, some management teams have lost sight of what may be best for their employees in a quest to follow the latest trends. Each of these five office environments offers its own unique strengths and weaknesses.

As mentioned, private offices offer the highest level of privacy of all office environments. Private offices also provide employees with places to privately take calls and have their own meetings with co-workers.

In most workplaces, private offices exist but are limited to high-level management. It would be quite expensive to have a private office for every employee. However, offering private workspaces for employees to share can go a long way.

According to The Washington Post, about 70 percent of U.S. offices follow the open office format with no or little partitions. The start of this trend certainly came from the tech companies in Silicon Valley, which boast that open office plans offer unparalleled interaction and transparency. What began on the West Coast spread across the country and into companies in all industries.

While these floor plans help maximize company space at lower costs, they can have a harmful effect on productivity. The study in the Journal of Environmental Psychology found that many employees in open offices find them frustrating. Nearly half of employees surveyed cited sound privacy as a major issue, while more than 30 percent complained about a lack of visual privacy. More importantly, “ease of interaction” was a problem cited by fewer than 10 percent of workers in any office environment. And those in a private office were the least likely to identify communication as a problem.

Seen as a middle ground between private offices and open office formats, cubicles suffer from the same weaknesses. In most cubicle setups, noise is still a major concern. Phone calls are difficult to take in private, and conversations can disrupt colleagues. Visual distractions are also a problem, especially in cubicles with small partitions. Normal movement associated with people walking around can become an issue.

Cubicles — like open office plans — offer significant cost-savings. Companies can remedy the issues caused by cubicles with the addition of empty offices made available to cubicle users. Adding meeting spaces for employees to collaborate is also a good way to break up the monotony of cubicle work.

According to Global Workplace Analytics, 20 to 25 percent of the workforce operates remotely at some frequency. The number of regular remote employees has grown 103 percent since 2005 and is becoming more and more of a norm. This growth can likely be attributed to the overall benefits of telecommuting. A study published in the Harvard Business Review found in a trial that employees working from home were more productive and reported higher job satisfaction. Remote work also helped the company studied save on both furniture and space.

However, remote work has its limitations. For jobs that require significant interaction among employees such as creative-based jobs, working remotely may not be feasible. But for older workers more tied to home life, remote work is proving to be a strong option.

Membership-based workspaces are unique in that they bring together diverse groups of freelancers, remote workers and other independent professionals in a shared, community setting. The Harvard Business Review reports that people who belong to coworking spaces are succeeding at a higher rate than those in regular offices.

Coworking spaces are near impossible for businesses to join completely, especially larger ones. They consist of more driven members who know their membership holds some meaning. Coworking spaces are accessible 24/7, so people can decide whether they want to put in a long day or take a break and go to the gym. Coworking spaces often contain a variety of workspaces, from private desks or offices to shared tables that make communicating ideas easier.

Understanding the Importance of Office Environments

The study of industrial and organizational psychology focuses on setting up employees for success in their workplaces by increasing productivity and improving the workflow. At Touro University Worldwide, you can become a business leader who understands the complexities of office environments with an online graduate degree in industrial and organizational psychology. Read more about how this affordable and convenient program can help you advance your career here. You can also learn more about industrial organizational jobs and salary ranges in this field on the TUW blog.