Holacracy and the Breakdown of Business Hierarchy

by / Thursday, 20 August 2015 / Published in Business Administration and Management

No, holacracy is not a new form of government based on the Spanish word for “hello.” The word actually comes from the Greek for “whole.” Holacracy is the latest alternative to the traditional corporate organizational structure, and it has become something of a buzzword across the business world. In 2014, Zappos CEO Tony Hsieh told his employees to accept holacracy or leave, and suddenly every tech and business news outlet was covering it. So what exactly is holacracy, and how does it change the way a company is organized? More importantly, do its benefits outweigh its potential challenges?

Common Problems With a Traditional Hierarchy 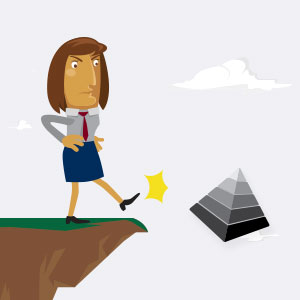 Understanding holacracy isn’t easy given that the full “constitution” for this management system has more than 400 pages. But by starting with common problems in the traditional corporate hierarchy, people can understand what holacracy is trying to accomplish. These issues are widespread and pop up in most workplaces.

The Limits of Job Descriptions

In just about every organization, the authority is maintained from the top. The head of the corporate hierarchy communicates his or her wishes down the line, and everyone follows suit. When bad decisions are made, this can lead to a decrease in productivity. Some employees may feel like they’re better at doing their jobs than management, causing tensions to arise. Moreover, management decisions may be made without a full understanding of life at the bottom of the hierarchy.

The Problem With Reorganization

Another issue with the hierarchal structure is that it is rarely revisited. When reorganization does happen, it often suffers the same fate as any other top-down command. Employees are almost never included in the organization’s changes, and thus feel alienated.

The unwritten rules of the workplace allow employees to play “office politics.” Adept employees can use their influence and power to achieve changes that benefit them. Those unable to leverage themselves may get left out in the cold. Much of this finagling leads to pseudo-authority that doesn’t have true power. But in some cases, those who master office politics rise above those who truly deserve promotion.

An alternative to the traditional corporate hierarchy, holacracy seeks to remedy the ills of the average workplace. It seeks to address them through four key differences.

Roles Instead of Jobs

In holacracy, employees don’t have jobs or job descriptions — they have roles. These roles are defined around the work done and not the person. People often have multiple roles and are on several teams. Role descriptions are constantly being updated by those actually doing the work. This gives employees more freedom to explore their skills and talents and allows the company to see who can do what work. Because roles aren’t permanent, workers can switch between them fairly easily. Roles give employees more clarity to understand their responsibilities than a traditional job description does.

Instead of distributing authority from the top down through delegation, holacracy works in circles. Autonomous teams are given a purpose but internally decide on the best way to reach it. Teams are self-organized and constantly adapting to changing conditions. This allows especially fast-moving companies to be agile and quickly switch gears to address particular issues. Employees may be members of several teams at once and have different roles in each team.

Instead of reorganizations every three to five years, holacratic companies update their structure every month. Teams reevaluate their purpose and who is in what role. If a job is complete, a circle might move onto a new purpose or dissolve completely. If reorganization needs to happen immediately, a governance meeting takes place where process and roles are revised. This allows the company to rapidly address critical problems while still keeping a sense of continuity.

To reduce the “unwritten rules” of the workplace, holacracy has all processes written in one document: the holacracy constitution. Everyone operates by these rules, from entry-level employees to the CEO. With total transparency, no one has to resort to office politics to complete a task or advance. When the fundamental rules are accessible to all employees, they can understand what is expected of themselves and everyone else.

The company HolacracyOne was founded in 2007 by Brian Robertson and Tom Thomison, and holacracy quickly became a viable alternative to traditional hierarchies. Two companies — Zappos and Medium — are the major test cases for the holacratic system, and many more organizations are at different levels of implementation.

Likely the biggest example so far of holacracy in action, the 1,500-employee shoe retailer began its chapter in the holacracy revolution in January 2014. The grand experiment was devised by CEO Tony Hsieh to encourage his employees to operate more like entrepreneurs. The company has stripped all workers of their titles and done away with traditional managers.

According to digital business news outlet Quartz, all Zappos employees have entered a process called “badging” to prove what their skills are. As a result, Zappos is able to work more nimbly, but it’s perhaps harder for the company to recruit top technical talent. Quartz also reports that many employees have become frustrated with the new holacratic structure.

Started by Twitter founder Ev Williams, Medium is one of the other high-profile companies that has delved into holacracy. Although it is a much smaller company than Zappos — 40 employees — Medium has seen success with the system. One of the top employees at Medium told Fast Company that it is “hands down, by far the best way I know or have ever seen to structure and run a company.”

As with anything, holacracy has its critics. It might not be a panacea for traditional hierarchy, and some experts are looking for every opportunity to understand where it might fall short.

With its 400-page constitution, holacracy isn’t shy about its learning curve. It takes a considerable amount of time for companies to master the set of rules and lingo. Medium spent two years to fully implement the system, and Zappos is still working alongside experts.

The process is also pricey. HolacracyOne is the only business currently helping companies transition to the system. Its services run from $50,000 to $500,000, according to Fast Company. This makes the process difficult for small companies and a big gamble that might not pan out. 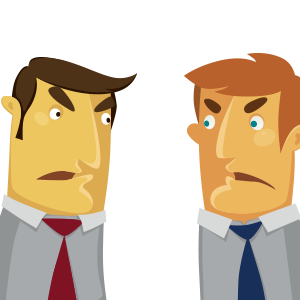 In Forbes, contributor Steve Denning discussed at length his issues with holacracy, chief among them a lack of customer focus. Denning complained that “customer” is not mentioned once in the holacracy constitution, and thus holacracy is a bad idea for customer-facing organizations. He believes that without “feedback mechanisms from the customer … the customer is simply not in the picture.”

The Economist explored why “no big company had taken holacracy seriously” before Zappos. The story suggested that the sheer amount of circles and teams makes the process impossible for large companies. It also dismissed the system as a fad, citing other well-received policies that have gone by the wayside.

Is Holacracy the Answer for Your Workplace?

It’s unlikely that holacracy will catch on and become the new standard under which all companies operate. However, it’s important to note that suggestions to improve the modern workplace are important, and successful business professionals must understand them. At Touro University Worldwide, business students gain in-depth knowledge on how to properly operate and effectively manage workplace hierarchies. With online programs in business and organizational psychology, there are plenty of opportunities for you to develop an understanding of tomorrow’s business organizational trends.