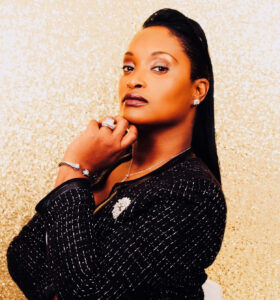 Dr. Coralanne Griffith-Hunte possesses what she calls a “willful pursuit to persevere.” In 2014, she was so debilitated from years of back surgeries and breast cancer treatment, that she had zero energy. A wife and mother of four, with several degrees and professional achievements, Dr. Coralanne, as she’s called, then 41, could have rested quietly and recuperated. “No way,” she says. “I decided to get a doctorate to make my brain work again, get it going!”

In 2018, the Barbados native was awarded a doctorate in psychology from Touro University Worldwide. Dr. Coralanne, now 49 and living on Long Island, chose the school because, “They said, ‘Tell me about you,’” she says. “I talked, they listened, they talked, I listened, we collaborated, just the way communication should work. The professors brought things out of me I didn’t even know were in there.”

Among her successes, Dr. Coralanne has received the New York State Senate 2019 Woman of Distinction Award and the 2019 Humanitarian Award; in 2020, she joined the United Nations 58th Commission for Social Development to end homelessness and assisted in developing the UN’s Resolution on Homelessness. In 2021, she spoke in Switzerland at the Geneva Centre for Human Rights Advancement and Global Dialogue, and was featured in Forbes magazine in May 2021 for her expertise on the effects of mass incarceration and post-traumatic prison disorder.

She doesn’t just dish out advice, she takes it: “It’s okay not to be okay,” she says. But with a caveat: “Don’t wallow. Get up, get going!”